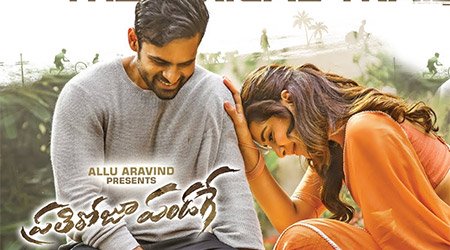 Sai Dharam Tej, the supreme hero of the Telugu film industry teams up with director Maruthi for the exciting movie Prathi Roju Pandaage. The film released on last Friday and it has successfully reached the breakeven mark in six days. In the first week, at the box-office, the movie collected a revenue of 19.94 crores which is phenomenal.

The following is the breakdown of the film's collections in the first week, at the worldwide box-office.