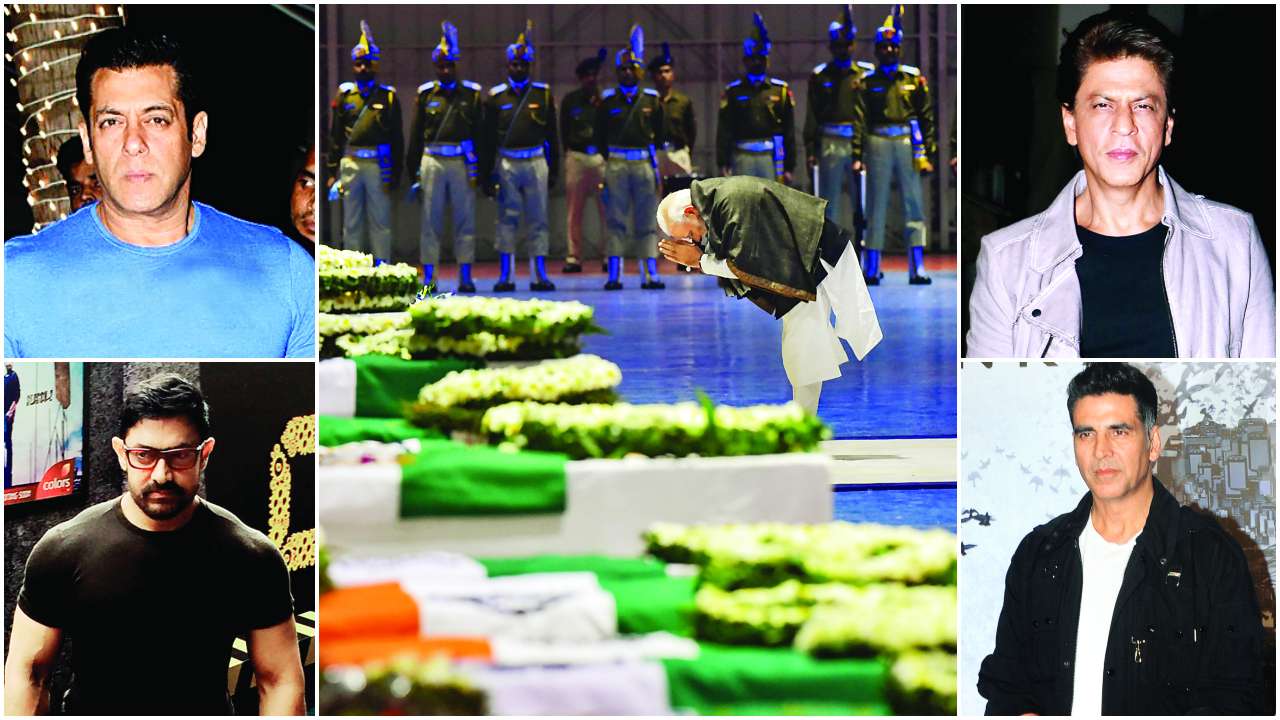 Pulwama Attack, the terror attack that shocked the country and took of our 49 braved martyrs has put an adverse effect on the entire country. While there are efforts that citizens along with the government have been putting from their sides, here’s how the celebrities starting from Salman Khan, Akshay Kumar, to Bhumi Pednekar amongst others have contributed from their end.
Akshay Kumar has come out in support by donating a sum of 5 crores to the families of CRPF jawans, Salman Khan, has made a contribution to BharatKeVeer fund but with an amount that he didn’t wish to disclose. Albeit, we respect the efforts made by him. Ronnie Screwvala, the producer of Uri: The Surgical Strike, has pledged to make a donation of crore in support. Both Badshah & Diljit Dosanjh has also helped with compensation of 3 lacs each in support of the martyrs’ families.
You can submit your funds at https://bharatkeveer.gov.in/
Share
Popular Stories