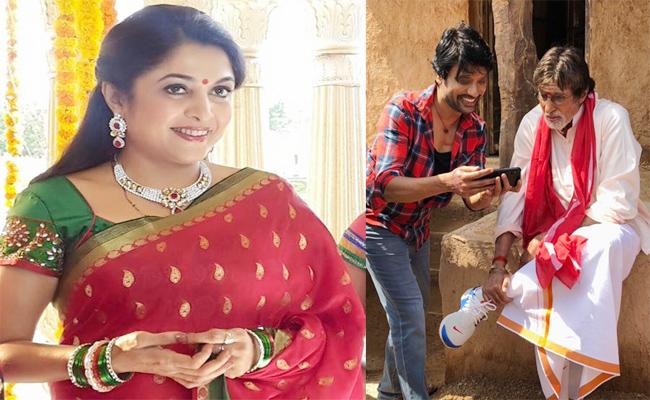 Amitabh Bachchan is slowly stepping into Southern industries as well. It is already known that he is portraying a key role in Megastar Chiranjeevi's Syeraa Narasimha Reddy. Now, he also started shooting for a new Tamil film called Uyarntha Manithan, which is being directed by Tha Tamilvanan.
According to the latest sources, actress Ramya Krishna will be paired up opposite Amitabh in the film. Both of them acted together earlier in the film Bade Miyan Chote Miyan. This will be their second project. Anyways, it is still unknown whether Ramya Krishna has signed the project or not.
An official announcement will be made once she signs the dotted lines. Ramya is getting lauded for her performance in the recent flick, Super Deluxe. This film's success is now bringing her more offers in Tamil. SJ Suryah is playing the lead role in Uyarntha Manithan.
Share
Popular Stories