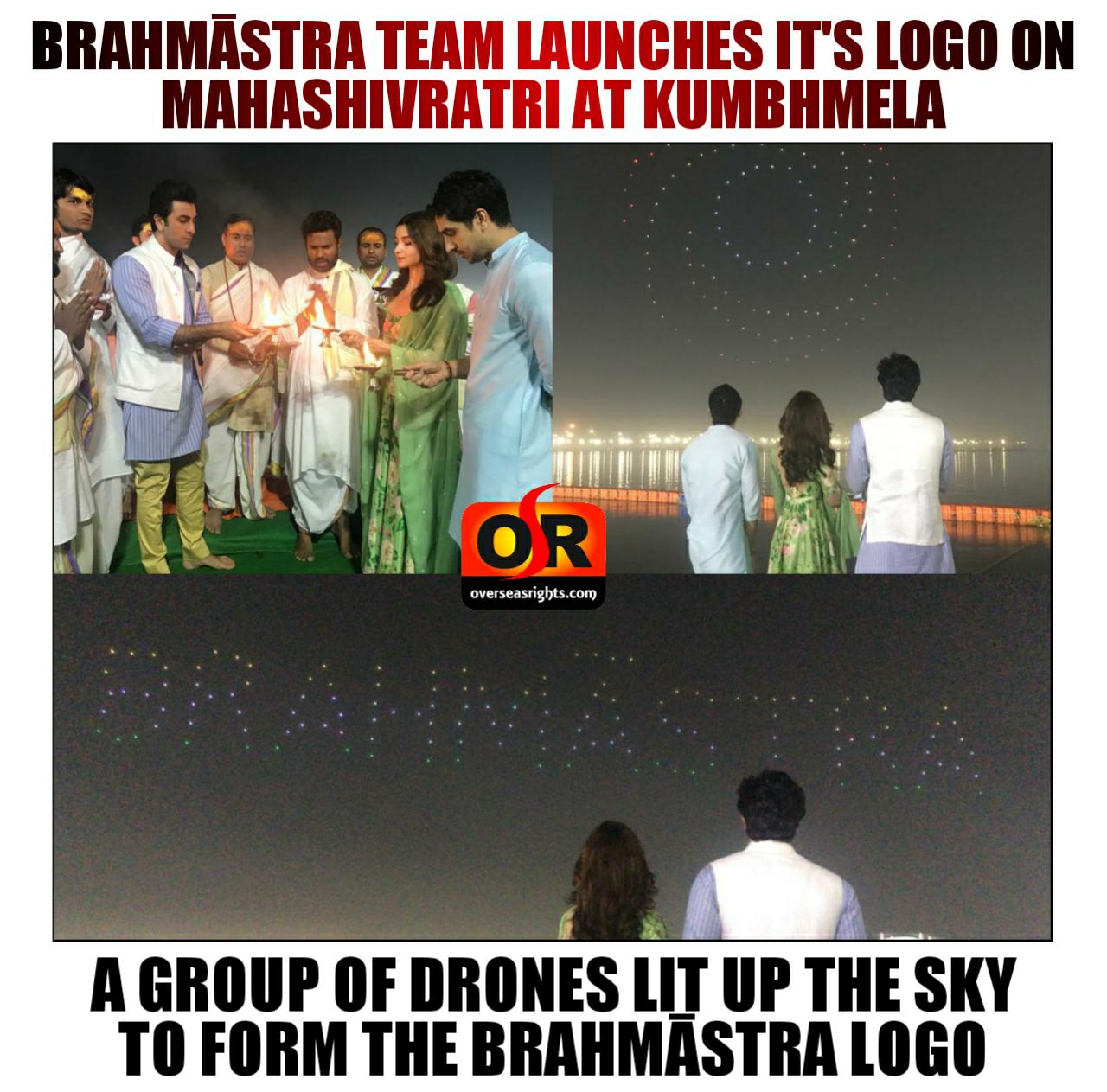 Bollywood actors Ranbir Kapoor and Alia Bhatt are acting together for the fantasy drama Brahmastra. In fact, both of them started dating together after meeting on the sets of this film. Meanwhile, the actors along with director Ayan Mukherjee, have unveiled the logo of the film at Kumbh Mela 2019.
A swarm of drones has lit up the sky to form the logo of Brahmastra. The event looked like a visual spectacle and the crowd gathered in huge numbers to witness it. This is a first of its kind attempt in the history of Indian Cinema. The crew later offered prayers to the almighty.
This fantasy drama is being produced by Karan Johar under his banner Dharma Productions. Amitabh Bachchan and Nagarjuna are playing other vital roles in it. The film is going to be a trilogy and the first part of it will hit the screens on December 25.
Share
Popular Stories