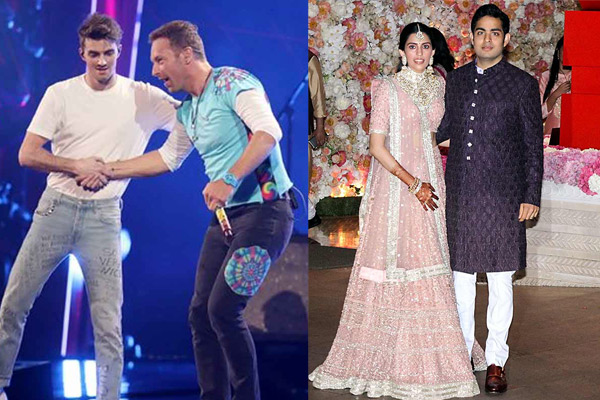 The wedding works of Mukesh Ambani's son Aakash Ambani is going at a rapid pace. Akash is getting married to Shloka Mehta on March 9th in Mumbai. Both the families hosted a pre-wedding bash in Switzerland the other day which was attended by a bunch of big celebrities.
Bollywood bigwigs Karan Johar, Aamir Khan, Shahrukh Khan, Ranbir Kapoor and Alia Bhatt were present at this event which was held at Badrutt's Palace in St. Moritz. Popular musical bands Coldplay and CHainsmokers were the main attractions at the event. Especially, the performance by Chris Martin of Coldplay remained as the highlight.
All the Bollywood celebrities shook their legs for the song Galli Gooliyan along with the Ambani family. This wedding will also be a big grand affair as the wedding of Isha Ambani, which was held a couple of months back.
Share
Popular Stories