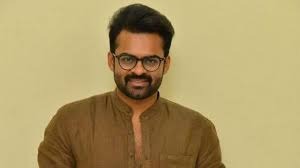 Supreme Hero Sai Dharam Tej is currently struggling to score a single decent hit. The actor, who has been going through a lean phase, has scored six consecutive flops in his career. His last hit was Supreme which was released in 2016. Currently, he is pinning hopes on his upcoming film Chitra Lahari.
Meanwhile, latest sources said that Tej will be doing a film under AM Ratna's production very soon. In fact, this offer was made by none other than Pawan Kalyan. We already know that Pawan was supposed to do a film with Ratnam a couple of years back. But it got shelved due to some unknown reasons.
Now, as a compensation, Pawan asked Tej to do a film for AM Ratnam. The script is getting ready as of now by a young filmmaker and once it's done, it will be narrated to Tej. The rest of the details regarding the rest of the cast and crew will be revealed once Tej signs the project.
Share
Popular Stories