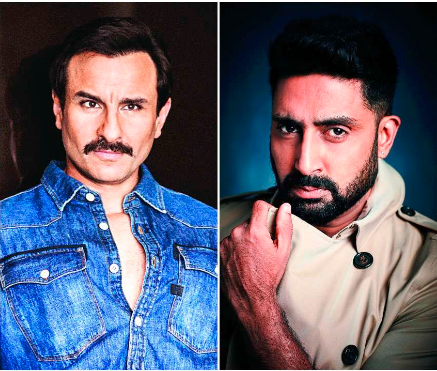 Saif Ali Khan is currently enjoying the best phase of his career both in mainstream cinema and the digital space. His daughter Sara Ali Khan too made her debut in the film industry and scored a success. Saif has nothing to worry about but concentrate on coming up with some exciting projects.
Interestingly, he is now coming up with an exciting 3D horror film titled as Bhooth Police. Saif Ali Khan will be seen paired up with  Fathima Sana Sheikh of Dangal fame. Pavwan Kripalni of Ragini MMS fame is going to direct the project.
The project was initially considered for Abhishek Bachchan with a different title but due to several reasons, it did not take off. The makers then approached Saif and changed the film's title. Fathima too came on board for the project. The regular shoot of the film is going to begin soon.
Share
Popular Stories