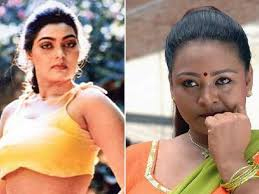 Popular Bollywood heroine Richa Chaddha is reprising the role of Shakeela in the movie.

Interesting snippet about the project is that the makers wanted to do the movie as a tribute to Silk Smitha as well.

The poster that the makers recently released was inspired by Shakeela's look in one of her popular movies that released in the '90s.

It was after the demise of Silk Smitha that Shakeela started growing in the industry and Shakeela too acknowledged the fact multiple times.

Hence, the makers of Shakeela biopic wanted to stress this point and add the element of paying a homage to Silk in the movie!

The regular shoot is midway and more details on the film will be out soon.