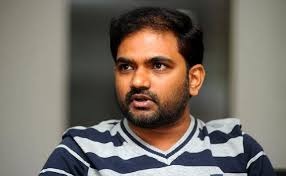 Now that the film Taxiwala released, everyone is recognizing the efforts of the film unit and praising them for coming up with a decent project. Directed by Rahul Sankirtyan, the movie has Vijay Devarakonda and Priyanka Jawalkar in the leads.

The star director is none other than Maruthi who has provided his inputs for the script and encouraged the film unit from starting to the end.

Maruthi wrote, "Some times we enjoy our friends success more than our own success, I believe & admire @SKNonline talent since a long time , Finally his due paid off in his first attempt only. Congratulations Successful Producer SKN. Feeling very Happy for You"

It looks like Maruthi is the unofficial creative director for Geetha Arts 2 banner as Allu Aravind approaches him for every film being made in the banner to seek some creative inputs.