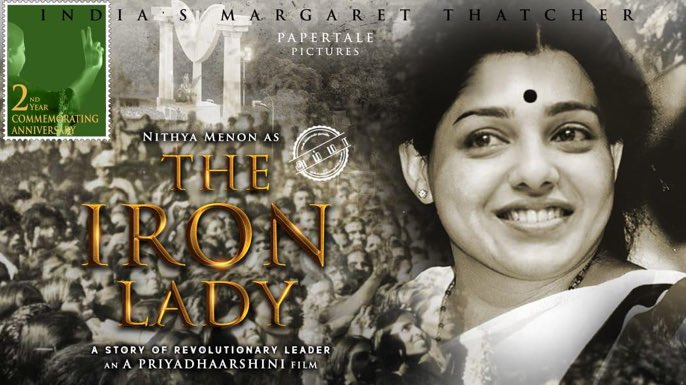 The trend of biopics is the new wave in the Indian film industry. As they would create enthusiasm and expectations among the audience right from the launch, the movies will get a strong opening and if everything works out, they might end up as blockbusters. In this trend of biopics, one movie is making some news since yesterday.

It marks the second death anniversary of former Tamil Nadu CM Jayalalitha yesterday. We are already aware that a biopic is being made on the legendary actress turned politician.

Talented actress Nitya Menen is doing the role of Amma in the film. The first look of the film has been released yesterday as a tribute to Amma on her death anniversary.

Nitya is shown as Amma in the early stages of her political career. The look has got a negative response than the positive as many people opined that the first look was just a morphed picture. If we look at it properly, it looks like an edited one.

They added that there was no need of releasing the first look if they want to just morph the picture of Amma.
Share
Popular Stories