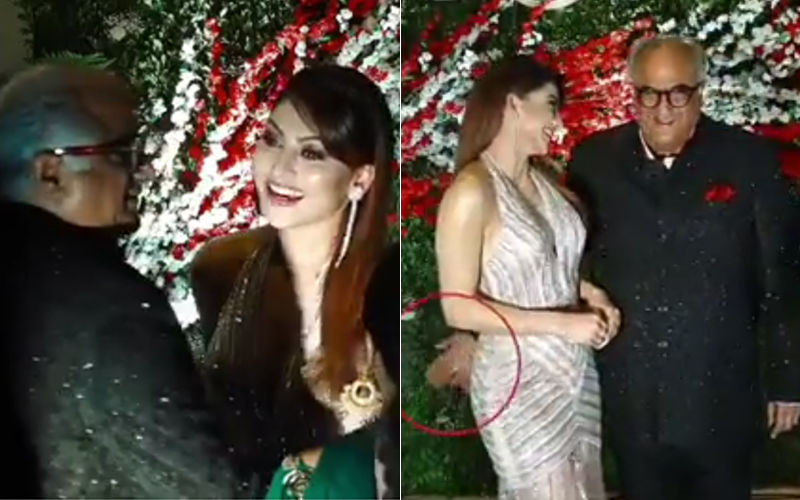 Urvashi Rautela is one of the popular heroines in Bollywood film industry. She recently met producer Boney Kapoor at an event and both posed for the cameras together. Their meeting was captured on cameras and in one of the videos that got on social media, we can see Boney Kapoor trying to put her hand to Urvashi's back but he calls it off after Urvashi saying him something. Their conversation is not clear at all.
But a leading news daily cooked up a story saying that Boney tried to touch her to which she said, "Dont Touch" In no time, the news went viral and a lot of people started trolling Boney Kapoor. Urvashi finally came up with an explanation saying that Boney Kapoor is a gentleman and asked everyone to stop trolling him.
"I felt appalled and beyond shocked this morning when i saw social media flooded with trolls of me in a video with respected
@BoneyKapoor Sir. He is a true Gentleman and it makes me feel extremely unhappy and miserable because the social sites/media don't even think twice before putting up things or destroying anyone's reputation. I request all to stop trolling. I honestly respect Boney Kapoor sir and stand by him and his dignity.  #NoToTrolls." she posted.
Share
Popular Stories