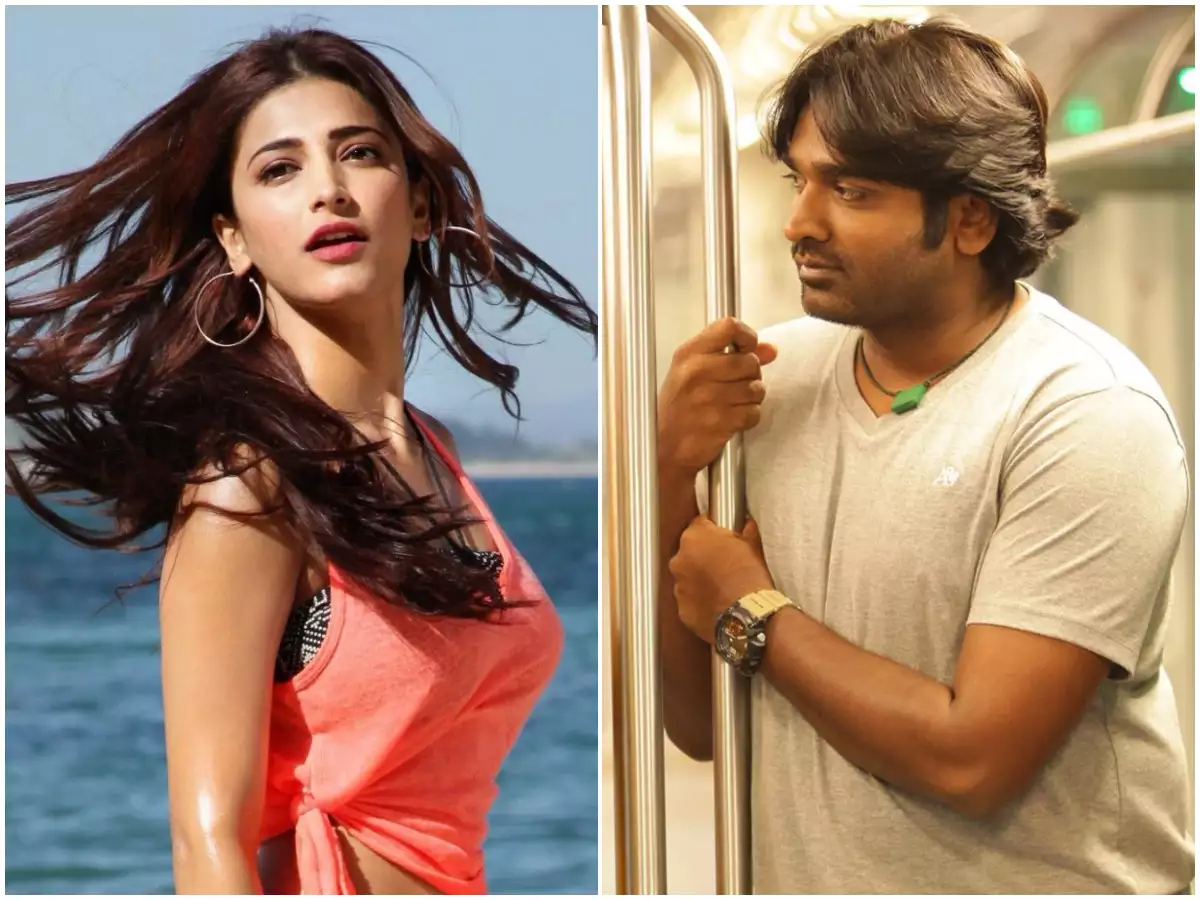 Vijay Sethupathi has an immaculate year with his films and performances getting a great reception. His films ''96' and 'Chekka Chivantha Vaanam' were blockbusters, and 'Seethakaathi' has brought him a huge appreciation for his method of acting and dedication he showed for his character in the film.
He is currently working for 5 films. A new film has been on cards recently, which will be done by SP Jananathan. Jananathan is known for his socially responsible films like ‘E’, ‘Peranmai’ and Purampokku Engira Podhuvudamai. Shruti Hassan’s last film in Tamil was Suriya’s 'Singam 3'. After that, the actress did not sign any new film except her dad's comic caper Sabaash Naidu, which is stuck. However, due to various reasons, including the controversies surrounding Sangamitra, now the actress is in the news. She has been approached to play Vijay Sethupathi’s pair in this new film. Shruti's response is awaited.
Share
Popular Stories