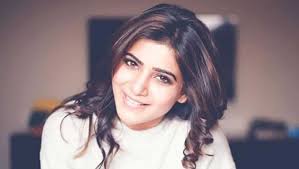 Samantha Akkineni is one of the most successful actresses of South Indian Cinema. She has equally good following in Telugu and Tamil films.

She has a market that many young actresses aspire to have and the actress is really proud about it. At the same time, she is cautious that it doesn't lead to a downfall of her own.

So, the actress is really careful before signing a film. When asked about how she decides on doing a movie, she said that she has 100 questions for makers and each are pertinent from her Point of View.

She said, "I am here to work. I like to work as hard as I can but it is also about being smart about it.

I have earned the respect and stature over the years by being myself and I shouldn't lose it. At the same time, a script is not mine to just bully around.

I want to be satisfied with the makers knowledge of script, characters, production and also their capability to pull off what they claim to.

Also, I ask about the producers, about the director's necessity and most importantly, why me?

I need genuine answers for these questions and satisfying pay check, that is worth of my efforts and time," concluded the actress. No wonder people call her, "Million Dollar baby" and "Tough Nut".