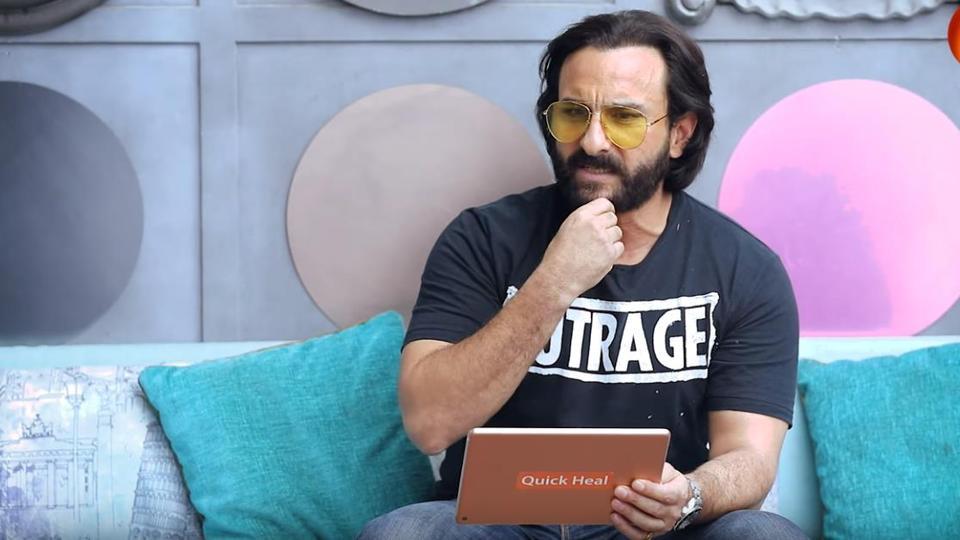 Bollywood actor Saif Ali Khan has recently attended the chat show called 'Pinch' which is hosted by Arbaaz Khan. The Sacred games actor was taken through some of the troll tweets made on him. One such tweet said, "This two bit thug who bought a Padma Shri, named his son Taimur and beat up some people in a restaurant. How the hell did he get a role in Sacred Games? He can hardly act."
Reacting to this Saif said, "Two bit thug, I'm not... Bought a Padma Shri is also not possible. It is beyond me to bribe the Indian government. You will have to ask more senior people. But I thought I don't want to accept it. There are so many senior actors in the industry who deserved it even more than me, and had not gotten one...and it was very embarrassing. And of course, there are some people who have it, I feel deserve it less than me also."
He had changed his mind after talking with his father, Mansoor Ali Khan Pataudi. "I wanted to give it back. I didn't want to accept it. My father said to me, 'I don't think you are in a position to refuse the Indian government.' So I said 'okay' and I very happily took it," he added
Share
Popular Stories