I learnt that lesson from Chiru: Sudeep 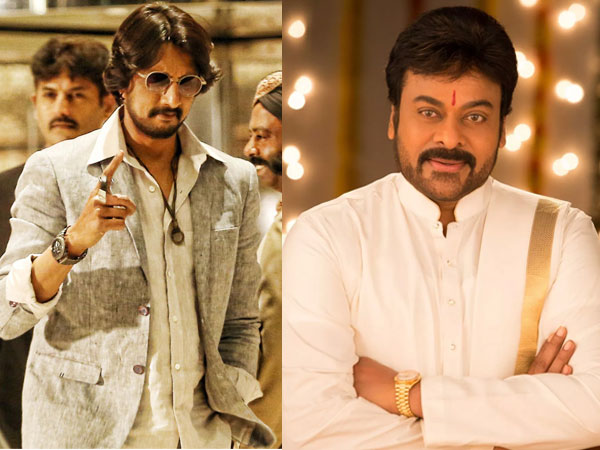 Kannada superstar Kicha Sudeep became popular in Telugu with his villainous act in the film Eega. The actor will be next seen in a pivotal role in the upcoming magnum opus Syeraa Narasimha Reddy starring Megastar Chiranjeevi in the lead role. Sudeep was elated to share the screnspace with Chiru.
In a recent interview, Sudeep was asked about what he learnt from Chiru while working with him. The actor simply replied that he learnt not to enter politics. "Yes. It is true. Politics ate way the decade of Chiranjeevi sir's film career. Thus, I will never enter into politics. That's the thing I learnt from Chiru sir," he further added.
It is already known that Chiru left film career after founding the Prajarajyam Party in 2008. He made a reentry after nine years with 2017 release Khaidi No: 150. Now, he is coming up with Syeraa Narasimha Reddy which is slated for the release on October 2.
Share
Popular Stories