Karthik To Romance Alia In 'Gangubai' 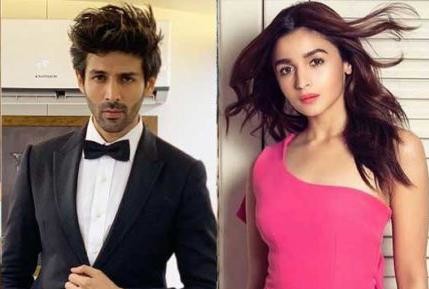 Going by the latest buzz in the Bollywood filmnagar, the reports are coming in that young hero Karthik Aryan is set to grab a crazy and prestigious project. If the reports are believed to be true, Karthik Aryan will be paired up alongside Alia Bhatt for the prestigious project Gangubai.
This film is based in a chapter from Hussain Zaidi's novel- Mafia Queens of Mumbai. The character Gangubai is based on the real-life personality Gangubai Kothewali who was a considered to be a fiercely savage pimp of Mumbai's red-light area.
The talks are still going on and nothing has been finalized as of now. A formal announcement on the same is expected to be out soon.   It would be interesting to see both Alia and Karthik pairing together.
Share
Popular Stories