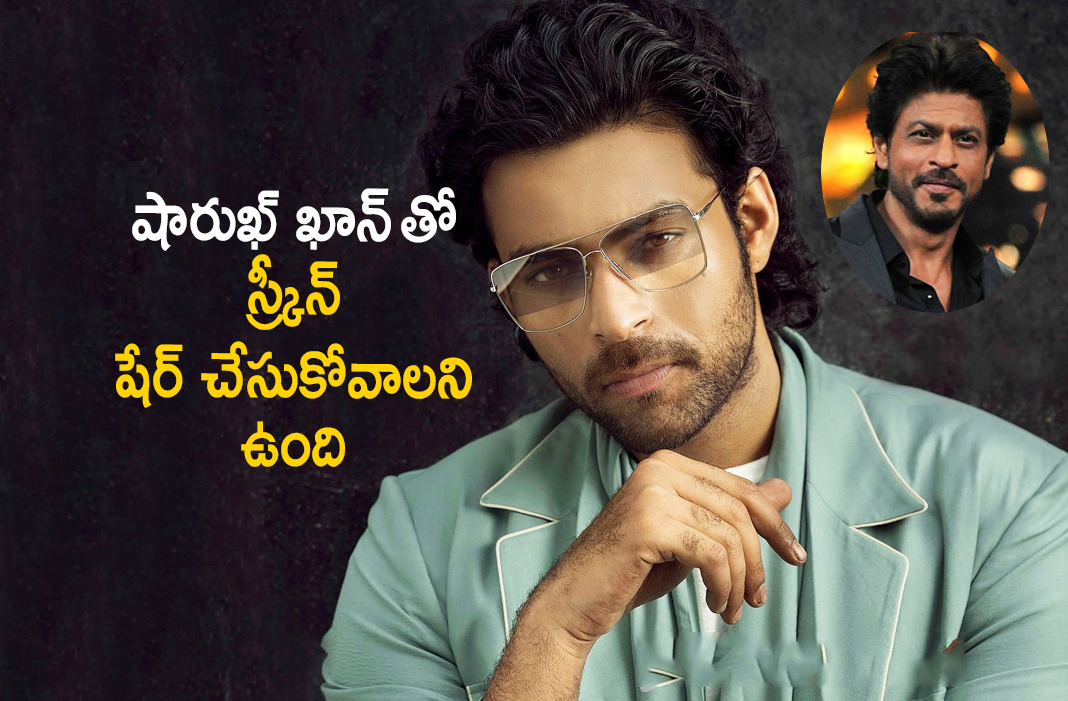 Mega Prince Varun Tej scored his career's biggest hit in the form of Gadhalakonda Ganesh. Varun Tej is happy with the success as it enabled him to increase his market at the box-office. Now, he is all set to come up with an exciting boxing drama, directed by Kiran Korrapati. Varun Tej seriously wants to make a shift in the way he picks up the scripts.

On the other side, Varun Tej is flooded with a lot of interesting opportunities from Bollywood film industry. Varun Tej himself has confirmed the same to the media recently and revealed he had to let go a couple of chances.

Talking about his dream, Varun Tej shared that his biggest dream is to share the screen space with Bollywood badshah Shah Rukh Khan.