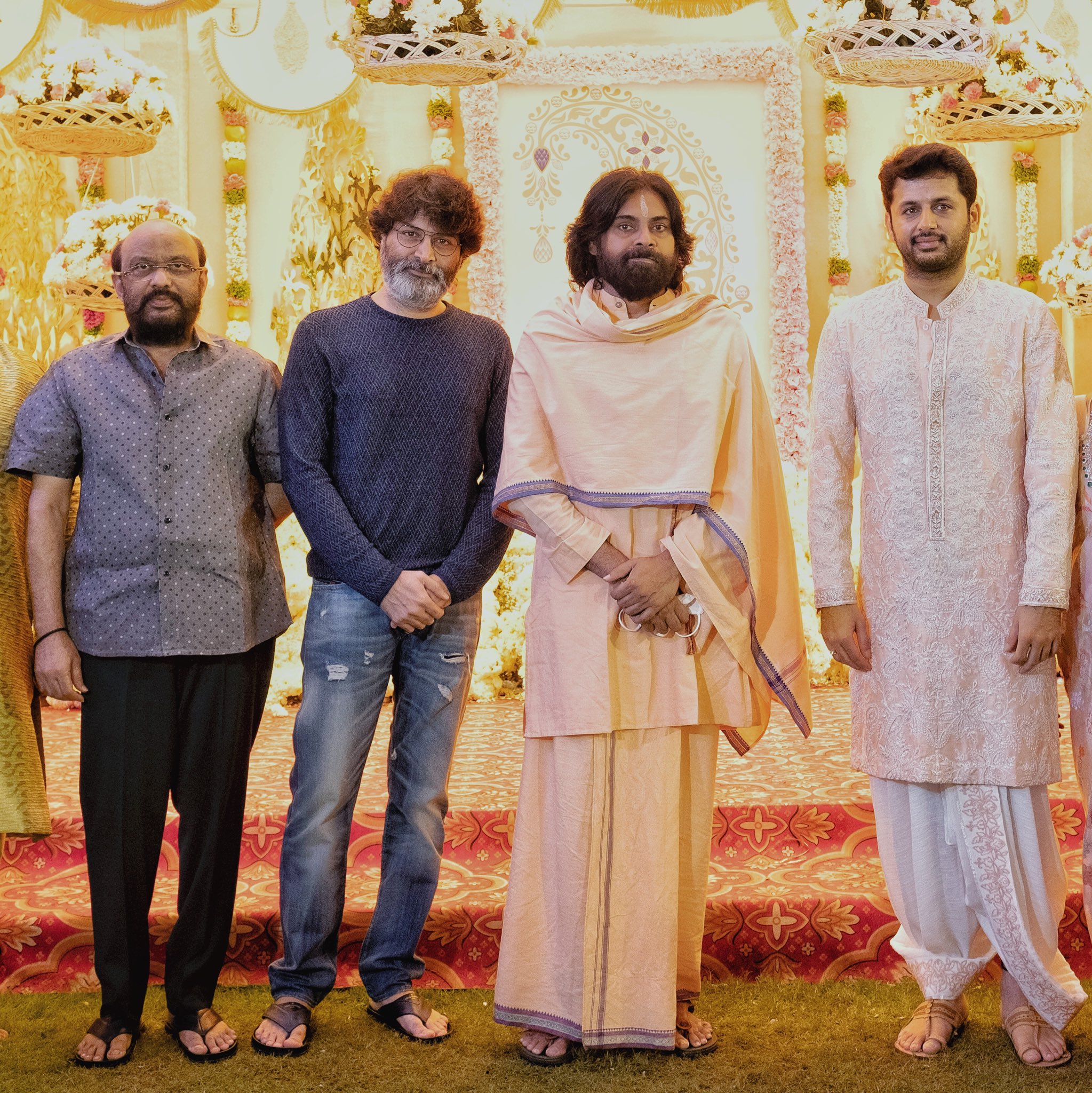 Hero Nithiin has been a bachelor for quite some time and almost all of the bachelor's club, like Rana, are getting married this year. After the success of 'Bheeshma,' Nithiin announced his engagement.

After months of contemplation, the wedding ceremony took place today under strict regulations of sanitization & social distancing. 'Powerstar' Pawan Kalyan, along with his friend, writer-director  Trivikram Srinivas, and producer Chinnababu of 'Haarika Haasini Creations' have graced the event with their presence. Pawan Kalyan is seen in traditional attire, as he is in Chathurmaasa Deeksha. Nithiin has made 'A. . Aa', under the direction of Trivikram Srinivas, which was produced by Chinababu, and 'Chal Mohana Ranga', which was co-produced by both Trivikram Srinivas & Pawan Kalyan. Nithiin took his Twitter account and posted the picture and wrote "A Big BIGGGG thanku from the bottom of my heart to our POWERSTAR and TRIVIKAM garu and ChinaBabu garu for comin over and blessin me today on my pellikoduku func!! Really means a lot to me"