'Sye Raa' Creates a Record in Chennai with Special Shows 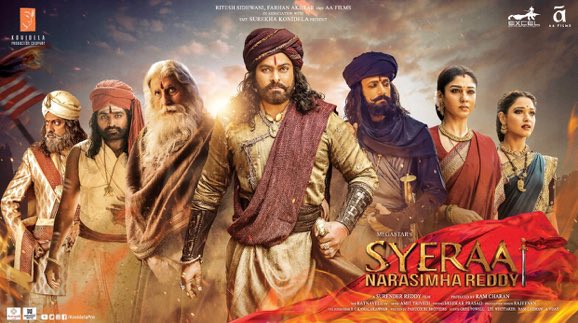 Mega Power Star Ram Charan produced the prestigious project Sye Raa Narasimha Reddy with his father Mega Star Chiranjeevi in the lead role. The film is one of the prestigious projects in the filmnagar now. Apparently, the film is creating a huge sensation in the Chennai city with excellent advance bookings from everywhere.
The latest buzz is that almost more than 50 special morning shows are planned in the city and the distribution house, Super Good Films is leaving no stone unturned to have the massive release for the movie in Chennai and Tamilnadu. They are marketing the film in an impressive manner.
Directed by Surender Reddy, the film also stars Nayanatara, Tamannah, Amitabh Bachchan, Brahmaji, Sudeep, Vijay Setupathi and others in the key roles. The film is releasing tomorrow.
Share
Popular Stories