Karunada Chakravarthy Shivarajkumar's latest is an Action Heist Thriller titled 'Ghost' which will be made as a pan India film in Kannada, Tamil, Telugu, Hindi, Malayalam languages with actors from across all industries. Blockbuster 'Birbal' fame Srini is Directing this film while Prominent production house Sandesh Productions helmed by politician and producer Sandesh Nagraj is bank-rolling this exciting  project in a prestigious manner.

'Ghost' is being made in a very interesting genre, Action heist thriller. It's been a while a heist film was made in Kannada is what intrigued Shivarajkumar. He liked climax the most and also loved the unique screenplay technique in which Ghost is written. The theme of the film can be related by all sections of audience across all industries.

On the occasion of King Of All Masses, Dr Shivarajkumar's Birthday on July 12th, Baadshah Kiccha Sudeep released the First Poster of 'Ghost' wishing Shivanna a very happy birthday.  The poster is designed in an intriguing manner raising curiosity on the film. Shivarajkumar's intense look holding a gun surely draws the attention and the revolver blended with a car gives a clear picture about the genre of the film. With the searchlight, bikers, cars.. the poster is well detailed and takes the expectations a notch higher.

The crew of 'Ghost' comprises top technicians. Dialogue writers Masthi and Prasanna VM are penning the dialogues for this film. Masthi penned dialogues for Blockbusters like Tagaru and Salaga. He is known for punch and thought-provoking dialogues whereas Prasanna wrote dialogues for Srini's 'Birbal' which is considered as one of the top rated thrillers in Kannada films along with most recent family entertainer 'Old Monk'. 'Ghost' is produced by top production house Sandesh Productions which has several superhits like Airavata, Hatavaadi, Mannina Dhoni, Asura, Mommoga etc to its credit. Art is by Shiva Kumar of KGF fame. Music is being composed by popular music director Arjun Janya.

The shoot of the film will commence from August end. 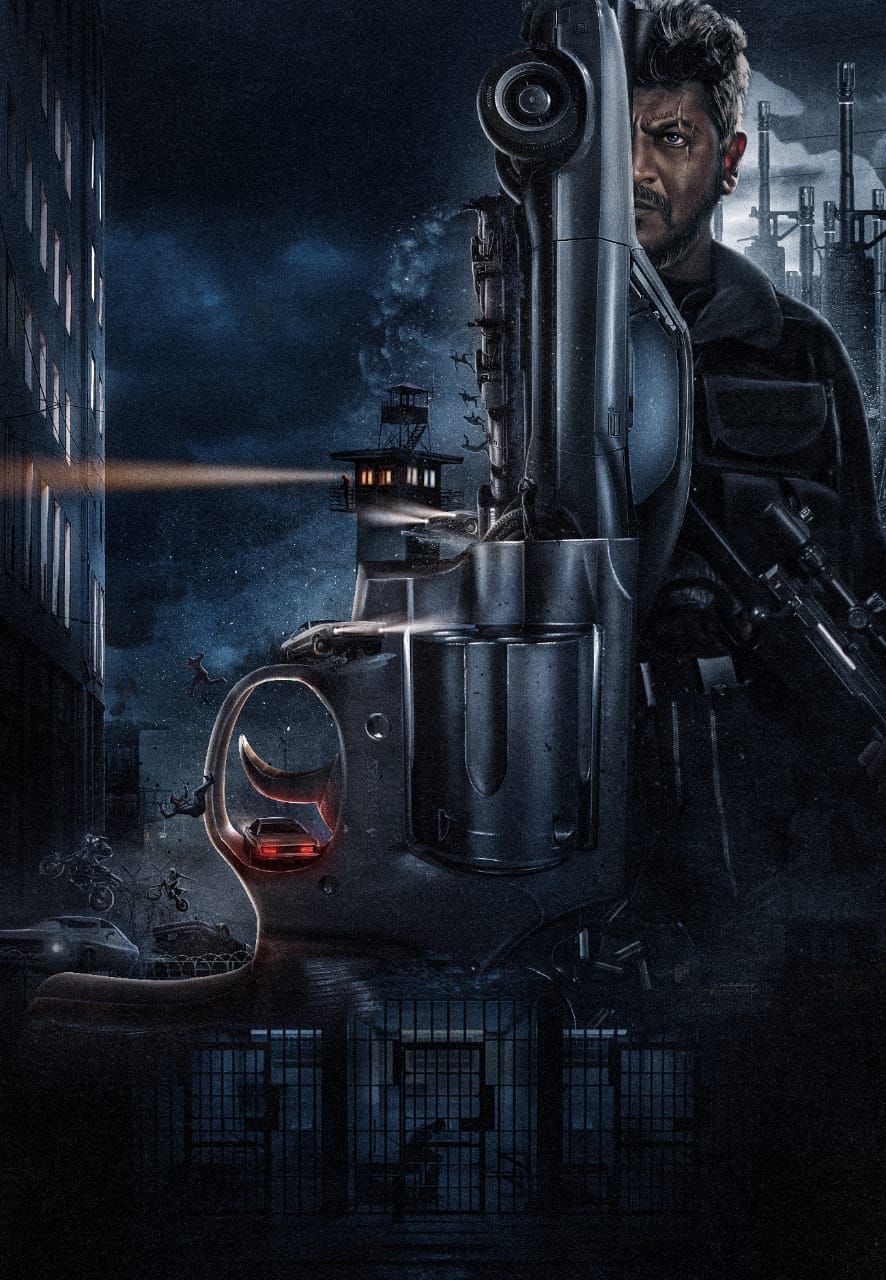