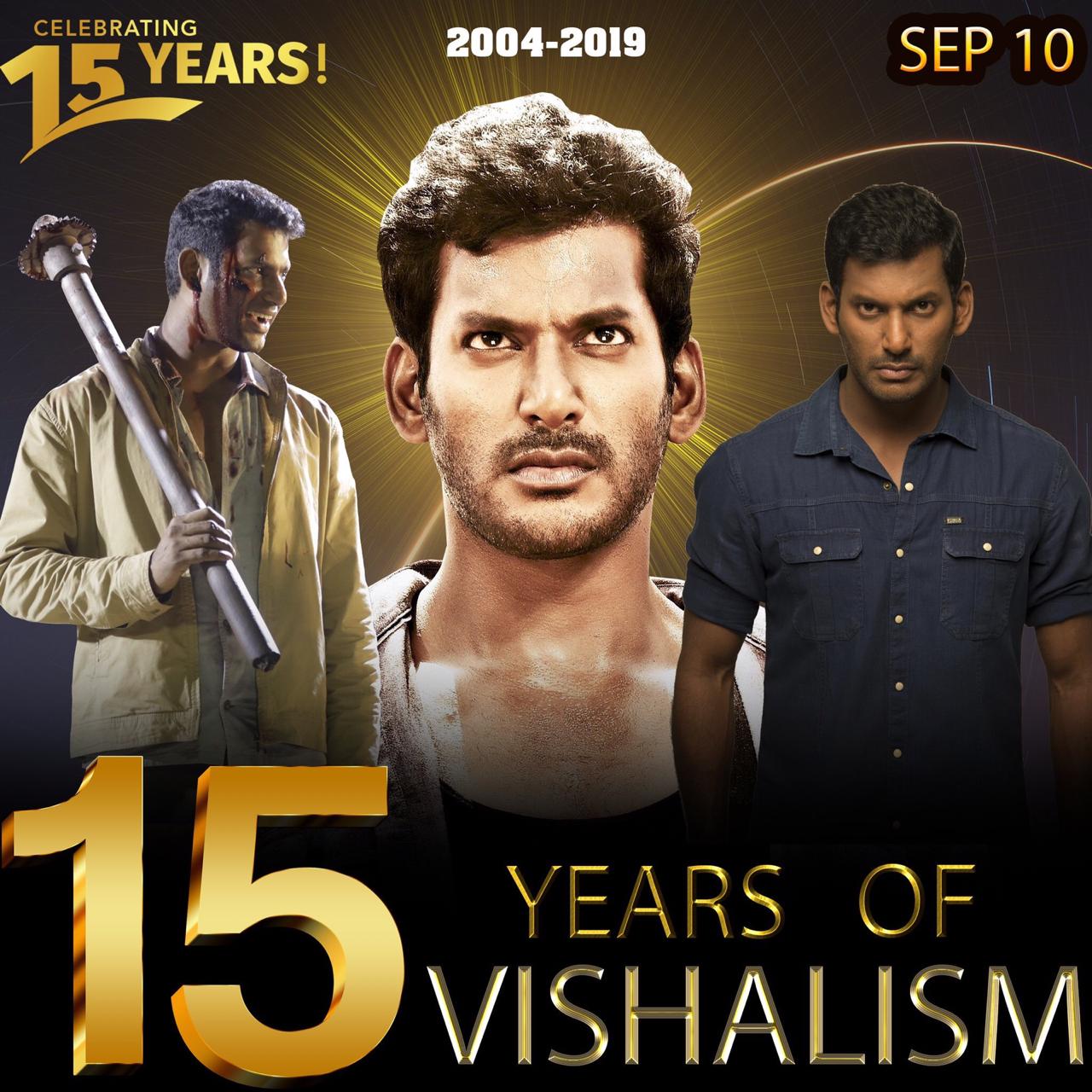 Action hero Vishal is currently one of the major star actors working in the Tamil film industry. Though he is from a Telugu family, Vishal was born and brought up in Chennai and thus, Tamil Nadu became his motherland. Vishal's father GK Reddy is a popular film producer and hence the actor was intrigued in films right from his childhood.
Vishal entered into the film industry as an assistant director and made his maiden film as a hero in 2004. His first movie is Chellamme which was released on 10th September 2004. Starring Reema Sen and Bharath in the other lead roles, this love thriller was a big success at the box office. Even its Telugu dubbed version Prema Chadaragam became a hit in the erstwhile Andhra Pradesh.
His second film Sandakozhi was a blockbuster and made Vishal a star in Kollywood. The film got a similar result in Telugu as well and made Vishal a bankable hero in Telugu as well. Since then, almost all of Vishal's movies get dubbed into Telugu and get good openings here. In his fifteen-year-old career, Vishal acted in about 27 films. Currently, he is shooting for his next film Action under the direction of Sundar C. It is slated for the release in early 2020.
Share
Popular Stories