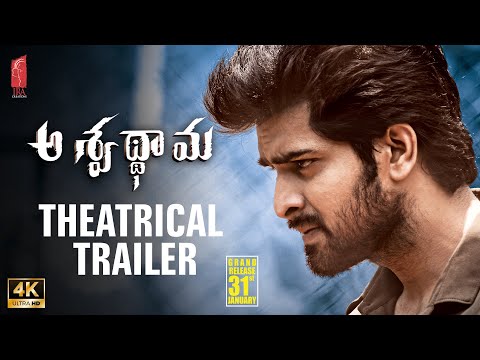 Young hero Naga Shaurya is all set to impress with his upcoming movie, 'Ashwathama'. Touted to be an action entertainer, Ramana Teja is making his directorial debut with this movie.

Mehreen Kaur Pirzada who has been struggling with back to back disasters is playing the leading lady in the film. Today, the makers have unveiled the theatrical trailer of the film. The trailer video hinted that the movie is going to give a thrilling ride to the audience. The 2 minutes 7 seconds video is hinting that Naga Shourya is going to score a decent hit with this film. The movie seems to revolve around a gang of criminals, a girl's death, villains targetting hero's family and hero protecting his family.

Shankar Prasad and Usha Mulpuri under Ira Creations is funding this project. Sricharan Pakala is scoring music for the film. The movie will hit the screens on January 31st.