Samantha's Show all the way 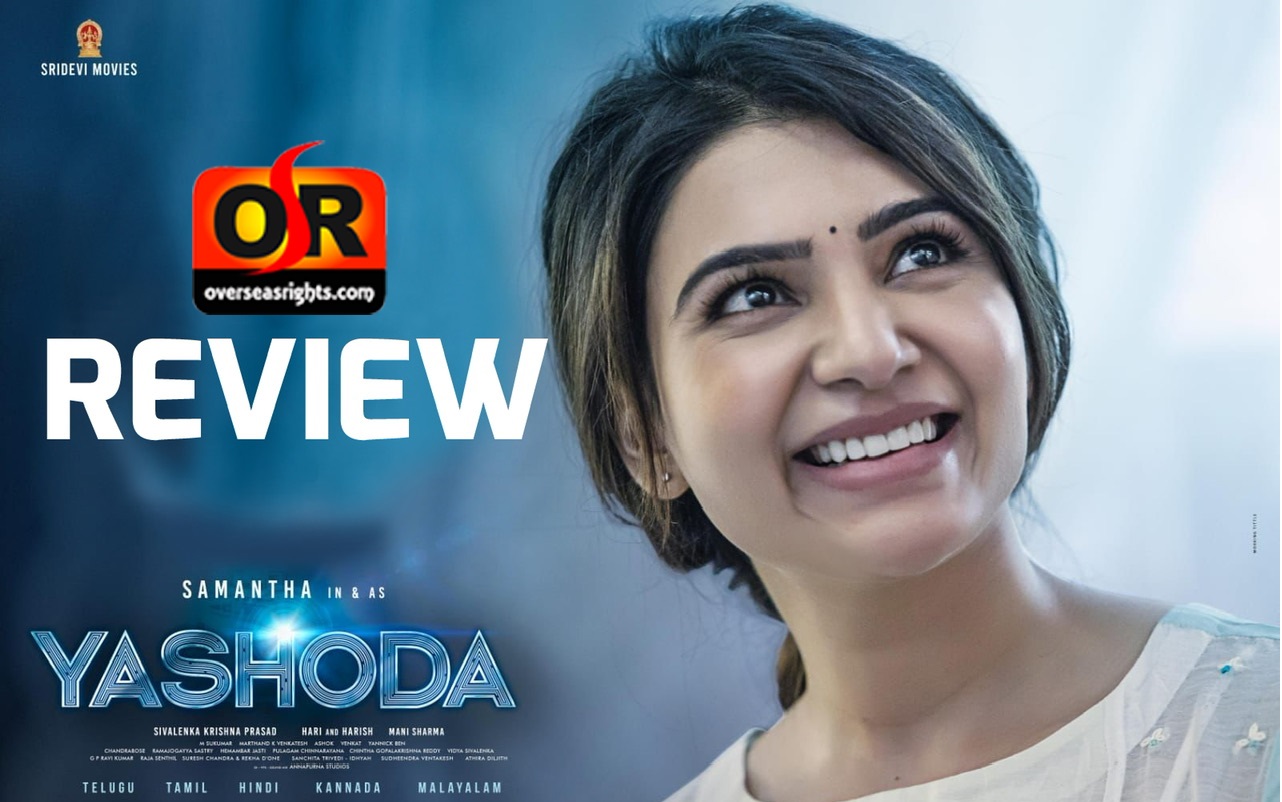 Tollywood’s most sought-after actress, Samantha Ruth Prabhu, who is presently going through a rough patch in her personal life, yet fighting it strong, proving how powerful of a woman she is, has come up with a new film, Yashoda, that hit theatres with last night premieres.

Directed by Tamilian director duo Hari and Harish, this movie is a complete thriller and generated good buzz with this promotional content. Let's dive into the review and find out how the movie explodes.

Yashoda (Samantha) agrees to be a surrogate mother because she desperately needs money. She signs a contract with a corporate hospital and is taken to a hidden location where many surrogate mothers are observed prior to their deliveries.

Yashoda is treated at this centre by a handsome doctor named Gowtham (Unni) and is overseen by beauty pageant contestant Madhu (Varalaxmi Sarath Kumar). She experiences some unique situations there and realizes that there is something wrong going on. Women who aren't ready to deliver the babies go missing one after the other. Yashoda realizes that there is a big mystery behind this. What is it? What does Yashoda do to put an end to it? The answers to these questions form the rest of the story.

The main point of a thriller is to make the audience excited and engaged. 'Yashoda' partly succeeded in this aspect. All the women carrying surrogate babies coming to one place and getting disappeared one after the other and the lead actress trying to solve this mystery make the proceedings engaging. Though the comedy and romantic portions did not work out, people become curious to find out what was happening in the building. There are a few loose ends on the way to solving this mystery but they can be excused. The first half runs at a decent pace.

But momentum begins to wane after that point. It also becomes predictable after a certain point. The story's twist, while impressive, is also formulaic and routine. The lag after the flashback episodes worked against the movie. Flashback story involves Unni Mukundan and Varalaxmi Sarath Kumar. This story does not completely convince us. It appears to be superficial. Unni Mukundan's and Varalxaxmi's character arcs are underdeveloped. The twist linked to the heroine's character is not exciting at all as we have seen such twists a lot of times. The graphs falls further down during the pre-climax and climax portions.

Samantha carried the entire film on her shoulders. She showed the various shades perfectly throughout the film. Unni Mukundan played the role with two variations quite well. Varalaxmi Sarathkumar is impressive in the negative role. Rao Ramesh showed his worth in the brief role. Actors like Sampath, Shatru, Kalpika Ganesh, Divya Sripada and others were apt for their roles and did complete justice.

ManiSharma's background score is a big asset to 'Yashoda'. Sukumar's cinematography is very good. Production design is okay and the makers spent handsomely on the movie. Director duo Hari and Harish selected a very unique point and try to narrate in on an interesting note. Despite all their efforts, they failed to present the plot point in a convincing manner.

'Yashoda' had the potential to become a gripping thriller but it did not shape out convincingly as the makers decided.